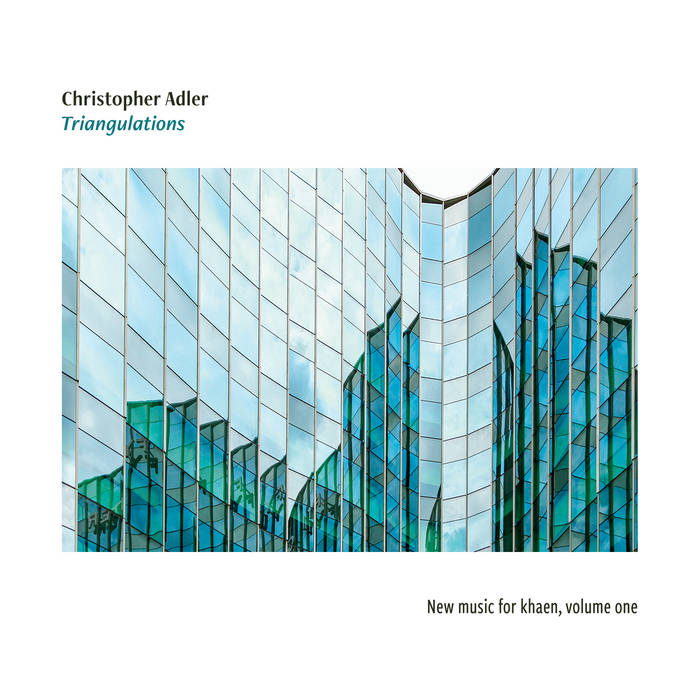 The khaen is a bamboo free-reed mouth organ from Laos and Northeast Thailand. I began researching traditional khaen music in 1994, and composing original works in 1996. This new collection showcases the creative imaginations of composers who have taken up the challenge to write for an instrument with just fifteen pitches. On this album you will hear six different khaen, in four keys, by three makers. All play a two-octave natural minor scale, but each has a distinct timbre and response to breath, so for each piece I choose an instrument that best suits the character of the music.

The khaen is played by both blowing into and drawing air out through the instrument, and so playing is an extension of breathing. This sense of making breathing palpable is conveyed in Vera Ivanova’s piece, which explores modulations of breath and timbre through techniques such as flutter tongue and singing into the instrument. The rhythm of breathing becomes an insistent pulse in Jeff Herriott’s contribution, in which the khaen floats in an electronic sea of sampled and detuned khaen tones.

Because a khaen player does not have to stop the sound to breathe, traditional khaen playing is often continuous, consisting of melody and one or more drones. This basic structure appears in many of the works, including my Telemetry Lock and those by Sidney Marquez Boquiren and Yu Kuwabara. The title of Sidney’s piece means “flag” in Tagalog and is a meditation on symbols of identity in conflict. Yu’s piece, inspired by a 1922 painting of Paul Klee, begins with a burst of a large chord that gradually unwinds into a dense polyphony of sustaining chords and rhythmically bobbing lines. Christopher Burns’ work is likewise animated by polyrhythmic intricacy and the sudden juxtaposition of contrasting timbres.

David Loeb’s lyrical A Garden to Linger In evokes an afternoon spent in an out-of-the-way garden in Suzhou, China, and An Ancient Harbor was inspired by a drawing by his father, John Jacob Loeb. My Five Cycles is dedicated to composer Chinary Ung on the occasion of his 60th birthday, and presents a combinatorial play with the number 12—the number of years in one cycle of the zodiacal calendar used throughout Asia.

The recordings of Telemetry Lock and Triangulation were supported by grants from the University of San Diego.

Bandcamp Daily  your guide to the world of Bandcamp

Cannibal Corpse's George "Corpsegrinder" Fisher stops by for an interview